How Tech Can Get More Women Into Software Engineering

Fixing all “leaks” in the career pipeline starts with encouraging more girls to study engineering right up to supporting (and financing!) women-led startups.

Source: Builtin – Geetha Gandhi grew up with science. Her father, a rocket scientist at the Indian Space Research Organization, incorporated math and science into nearly every interaction with his daughters. He’d cut dosas into quarters to teach them fractions. A raindrop on a leaf would lead to a lesson in surface tension. One day, her father brought home a computer. “He said, ‘Here you go, play around with it,’” Gandhi said. “Every little mathematical thing, he’d make it more fun, he’d make it practical.”

That childhood experience led Gandhi to pursue a career in tech. She majored in computer science at India’s National Institute of Technology, then earned a master’s degree. She graduated with 45 people, 22 of whom were women. After graduating, she spent several years as a software developer at Ramco Systems, a software-and-services provider based in India.

Gandhi moved to the United States in the early 2000s, working as a software engineer at a large financial institution. Months into working in the U.S., she noticed that, more and more, she was the only woman technologist at a meeting or conference. At one meeting, a male colleague asked her if she was taking notes or keeping time, assuming she was in the meeting for those tasks, not to share expertise, even though she was in a senior leadership role. While leading meetings, she’d have male colleagues tell her that a 20-hour project would take 80 hours, assuming that she didn’t know enough to realize they were fibbing. Some would tell her outright that they didn’t think they could be managed by a woman; in one instance, human resources stepped in to resolve the issues.

Gandhi is now senior director, modern digital transformation and cloud strategy at Avanade, a technology and professional-services provider and a joint venture between Microsoft and Accenture. She’s on the firm’s leadership track and is one of two women on a 10-person council that’s creating a leadership path for Avanade employees who, like her, love the technical aspect of the business and want to rise to management. Of the 22 women in her master’s graduating class, she is one of only a handful of her fellow woman classmates still working as technologists, and one of three in leadership roles.

The State of women in engineering

Of those people enrolled in undergraduate computer science programs, 56 percent are women, according to data compiled by Kapor Center, an organization dedicated to improving diversity and inclusion in tech. But there’s a significant drop off as these young computer scientists travel the career path. To right this inequity, tech must address all the major sections of the workforce pipeline: education, recruiting women into tech jobs, retaining them and promoting them into leadership positions, and encouraging women to launch their own firms.

As the experiences of Gandhi and others illustrate, women do pursue careers in technology. Fifty-six percent of the students in undergraduate computer science programs are women, according to The Leaky Tech Pipeline, a set of data compiled by Oakland, California-based Kapor Center, an organization dedicated to improving diversity and inclusion in tech.

Yet something happens as these young computer scientists travel the career path. Only 20 percent of women who start a bachelor’s degree course graduate; 32 percent complete a master’s degree, and 22 percent earn a Ph.D., according to Kapor Center research. 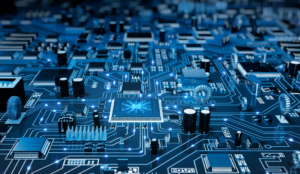 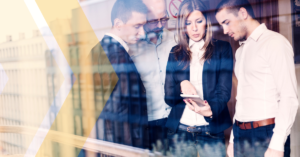